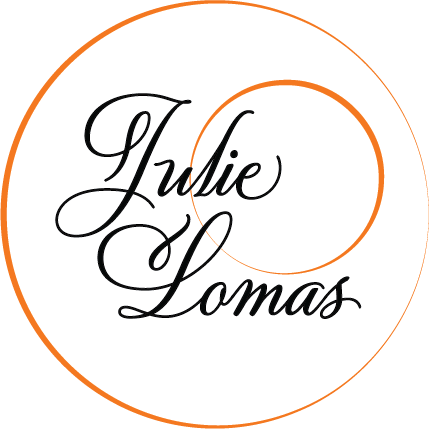 Don’t judge a book by its cover.
Proverb

I was four months pregnant, violently ill, and wished I was at home in bed.
Unfortunately, I was at work in New York City. My home in Long Island was forty-five minutes away by train. I thought I had morning sickness. The company nurse set me straight.
“You have a forty-eight-hour virus. Go home and get some rest,” she said.
I trudged downstairs and grabbed a cab to Penn Station where I could catch a train home. It was lunchtime and Penn Station was mobbed. Crowds of commuters and shoppers dashed to trains and subways. I shuffled out of their way and leaned up against the wall. My legs felt like rubber. Before I knew it, my knees buckled and sank to the floor.
There I was, dressed in my sharpest pantsuit and long winter coat sitting on the floor of a train station. Some commuters stepped around me. Others tripped over my legs. Almost everybody looked at me in disgust. I couldn’t blame them. I was a mess. I’m sure they were thinking that alcohol and drugs had done me in. I closed my eyes. Maybe I’d wake up and be home in bed. I felt a tug at my sleeve and looked up. A toothless bag lady hovered over me. She had a ratty wool cap pulled over her hair. She smelled like a mixture of dirty clothes and rotten food. Not a good smell for someone who’s pregnant. First I cringed; then I gagged.
“You don’t look so good,” she said.
I could have said the same thing about her. She waved over a fellow homeless lady and together they lifted me to my feet.
“You got to get out of the way,” said the lead bag lady. “People stepping on you.”
The two ladies stood on each side of me. One grabbed my handbag, the other my briefcase. I was too sick to panic. We staggered out of the lobby and headed down a flight of stairs. They led me through a maze of passageways. What had I gotten myself into? Finally we stumbled into a dimly lit tunnel. A shopping cart filled with their worldly possessions sat to the side. For them, this was home, below Penn Station. The two escorted me to a wobbly wooden stool.
“Don’t worry, you’re safe here, honey,” said the second bag lady.
Her kind smile showed me several missing and chipped teeth. She certainly wasn’t worried about her appearance. Surprisingly, she seemed more concerned about how I felt. The head bag lady disappeared for a moment. She returned with three cups of tea. I’m not much of a tea drinker, but this was by far the most delicious tea I had ever tasted.
“You lookin’ better. Where you live?” she asked.
“Long Island,” I said.
“We’ll get you back to the trains, no problem. But first, you rest.”
We chatted about the weather and family, as subways and trains overhead rattled the walls and ceiling. For a moment I felt like I was experiencing an Alice in Wonderland tea party moment with some major differences. While Alice fell down a rabbit hole into a fantasy world populated by outlandish creatures and conversations, I plunged into an underground tunnel populated by two unbelievably caring people. After tea, my two saviors led me to my train and waved goodbye. I hadn’t felt this good all day.
After resting for two days, I headed back to work. It was rush hour and the subway was jammed. As I waited for my train to arrive, I stood back on the platform away from the crowd of commuters. I wasn’t alone for long.
“How you feeling?” asked my bag lady friend. She wore the same ratty wool cap.
I smiled. I couldn’t believe she found me down here in the subway.
“A little tired, but much better. Thanks again for your help.”
“No problem. Today, you need a seat on the subway,” she said. “No standing for you.” She displayed a mischievous grin.
Subway commuters traditionally jockey for the best spot on the platform, which is where the train doors open. Once the doors open, the subway riders push and shove their ways into the train and grab a seat, even while exiting commuters try to leave the train. As my homeless friend approached the coveted spot on the platform, the commuters backed away. (It’s an unwritten rule that commuters always keep their distance from the bag ladies.) It was like the parting of the seas. She stood alone. She waved for me to join her. Heads turned as I walked over to her. My new friend put her arm around me. I forced myself to stifle a laugh.
“You gonna get a good seat this morning,” she said with a wink.
I didn’t doubt her for a moment. The train riders were furious. They had lost their coveted position… and there wasn’t anything they could do about it. The train arrived; I scooted on board and grabbed a seat. My nomadic friend quickly stepped back from the tracks and angry riders swarmed the train. The train doors closed and I waved goodbye to my wool-capped helper. I never saw her again. But for those special couple of days, we shared some laughs, some smiles and some tea. And I realized how lucky I was to receive the gift of kindness from two extraordinary strangers. Sometimes good fortune comes to us when we need it the most and least expect it.